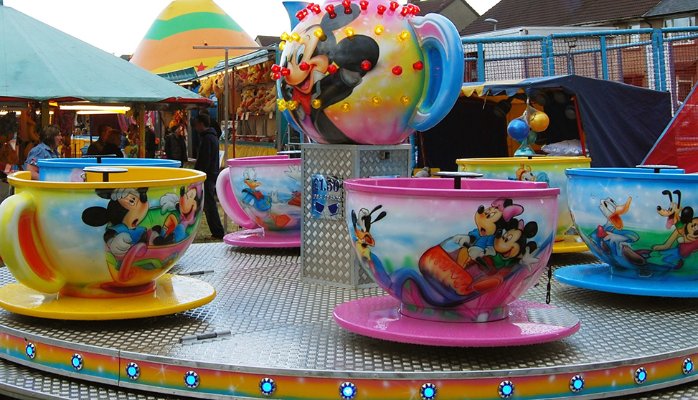 How much of a teacup are you?

Everyone likes change, even those who say they don’t are usually referring to the ‘bad kind’. The kind that is unpredictable or uncontrollable and which pushes them out of their comfort zone. The good kind however, like going from broke to having money, or being single to part of a loving relationship, isn’t always acknowledged as such. Things like these we confine to the category of luck.

Somewhere in-between the people who actively avoid change and those who welcome it, are a group that I want to spend some time bringing out into the light. They live and mingle amongst us with such dexterity, that sometimes we’re not even aware of the impact their middle-groundness has on our lives. I call these people theteacups, as in the funfair ride that goes around and around, but never covers any real ground.

Teacups are usually aware on some level that change is necessary within their lives. They talk about making improvements, they talk about their dreams and ambitions, they can even share your own motivation and desire to be better and to do better in life. The tell-tale sign of a teacup however, is that for the duration of your relationship, they rarely progress from the state in which you first met them. They still haven’t built that website, they haven’t left that woman, they haven’t booked that holiday or left that job. There is all of the animation involved in moving forwards, but it is in fact an illusion, a magician wildly waving his hands to conceal the real truth of what is happening.

We all have people in our lives like this, sometimes we even share the same goals and so feel understood better by our teacups. The relationship is harmless, we’re not really losing anything, so may as well entertain it, right? Well no, this is where you have to be careful.

If you share the same dreams as someone else, it can be likely that you also share similar fears or obstacles. Doubling any sort of fear or negative energy can become mutually restrictive, even when it cleverly masquerades as supportive.

Sometimes when you meet new people you’ll get an immediate sense of whether they’re a positive addition to your life. It’s a mix of body language, feelings and also what they say. Every now and then however, you have to reassess the people who’ve been around for a while and make sure they’re still bringing something truly wanted and healthy to the table of your friendship. Cheerleaders aren’t always what they seem, so it’s necessary to be mindful of the ones you have on your team.

If you think that you yourself might be a teacup but you aren’t sure, ask yourself this, does going around and around and back and forth feel familiar and safe, or does it just make you feel so sick that you have to get off and move on?