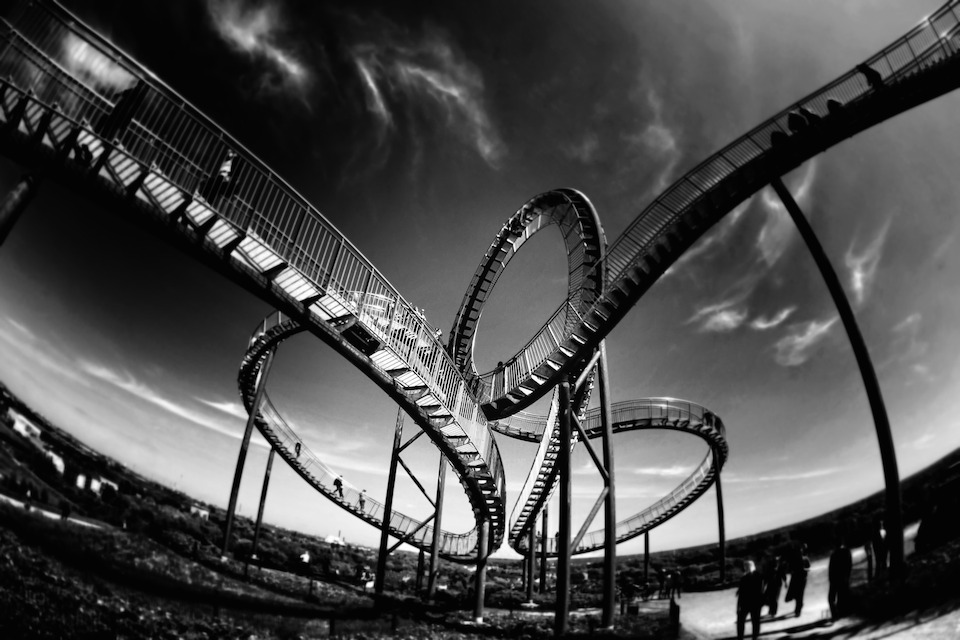 There is a misconception amongst those eager to ascend the corporate ladder. It is that once you arrive at the top, you will have acquired the majority of experience and knowledge necessary to stand there confidently. That amateur emotions such as nerves, self-doubt or fear of failure will be gradually relegated, along with travelling economy or having to explain every decision you make. Sometimes, the task of removing these personal fears is undertaken consciously from the get-go; courses are sought-out, mentors are found and self-work is done. But what happens to those who skip these classes, not realising they are the key to balance at the height of one’s career? Tori Ufondu discusses the pitfalls of high-ranking CEOs who are not only afraid to take the leap into re-visiting personal lessons not yet learned, but those who are too afraid even to look down.

The first CEO I ever worked with just happened to be drunk and technically, I wasn’t working. I was enjoying a quiet evening out that somehow ended with this highly accomplished man admitting he was waiting to be found out, exhausted by the amount of stress he was under and unsure whether he actually enjoyed the senior role he’d spent 20 years chasing. A married father approaching his mid-forties, the pressure was palpable. And as he folded himself into a taxi at the end of the night, I saw how misguided it is to label someone as successful based solely on their job title. Even more so, if fundamentally they are frightened and unfulfilled.

As the layers of responsibility, accountability and expectation grow, many of the leaders I’ve met have attempted to sever the connection between their professional and personal wiring. They navigate around personal barriers any way they know how, all in the belief that stopping is unacceptable and that everything they need will eventually catch up or fix itself along the way. And for a time this approach works, they reach their summit through stealth and hard work. But there’s a problem. The way you’re truly wired doesn’t disappear, it just lays dormant. Any issues you haven’t taken the time to address and resolve ultimately become woven into that which may one day shake your stability.

To be a powerful leader it’s certainly not necessary to deal with your fears or faults head-on, let’s be honest. We’ve all known someone in a position of authority, someone at the helm who’s able to produce results but is significantly lacking socially, morally or in some other capacity we consider vital to our own lives. However, to be a powerful human being with expert leadership as one of your many resources, it is necessary to confront any part of your psyche that threatens to undo you. Presentation angst, difficulty building genuine rapport with your team, discomfort with criticism – no matter how small, large or irrational, there is a lesson there. In order to lead from a strong, well-rounded perspective, all dead weight must be checked-in at every rung of the ladder, including the top.

A different sort of investment

For CEOs who spend the majority of their days consumed by strategic, results-oriented and time-critical thinking, the idea of slowing down for self reflection can feel like a backward and futile venture. In these cases the same principles applied to solving business challenges should be considered. This is the best deal you will ever make. Invest the time, the patience. Recognise that understanding personal blockers enables you to work through them in search of solutions and a viable plan of action. Remind yourself that avoiding challenges doesn’t work and that keeping an eye on your weakest link isn’t enough, you need to strengthen it. This opportunity to fortify your position at the top, if indeed it is where you wish to remain, involves interrogating your own core values as you would a company’s, questioning your beliefs as rigorously as newly presented business facts, and examining the presence of any issues that impact performance.

It was Voltaire who said “Judge a man by his questions rather than by his answers.” So, if failure is the fear you carry, ask yourself whether it’s the concept of failure or the actual reality that you would be unable to deal with. If you’re determined to prove you’re the best at what you do, ask yourself why you need to prove it instead of justdoing it. Even question your reason for scaling the ladder, were you moving towards or away from something?

There are those who will survive for decades, outwardly content with having achieved their professional goal, those for whom a drink before board meetings, stress-filled days and volatile working relationships are perceived as par for the course. I challenge that mindset daily, as well as that way of living. To lead from above you must ironically ask yourself what you require to stay grounded. You must find out which internal resources have been unexercised in favour of external dependencies. And then fix them. All this, for a real shot at professional and personal success.